Spend a weekend living in the amazing energy field of Glastonbury Abbey, where the Michael & Mary Earth energy ley lines intersect, and a place of Super Conscious connection (via Christianity) for over 1,800 years. Glastonbury, the cradle of Christianity in England, is also reputed to be the burial place of King Arthur.

Access Super Consciousness awareness over a weekend designed to explore & harness expanded states of consciousness for the revitalising of your Physical, Mental & Emotional aspects.

In the present time, conscious access to more aspects of yourself - beyond the gross 5 physical senses - is becoming increasingly "normal".

"to what extent can I have conscious awareness of the totality of my consciousness through my current physical incarnation?"

How would you use these expanded states of awareness to augment your daily life?

There is no time like the present to access your Super Consciousness - especially within the conducive high energy setting of Glastonbury Abbey.

The main rooms of Abbey House look straight down the ruined nave of the famous Glastonbury Abbey, built on the most ancient Christian site in England and which for hundreds of years was a religious house famous throughout Europe.

Meditate in the amazing underground cellar Chapel which has a unique energy field.

Abbey House enjoys a stunning 4 acre garden set on the North East side of the 26 acre site occupied by Glastonbury Abbey. The gardens are very special with an unusually wide range of trees and shrubs, including a fully grown healthy Elm and a Fortingale Yew; quiet seating areas where you can sit undisturbed and watch the wildlife, and around the perimeter of the garden there is a Prayer/Meditation walk with a largely all-weather path.

Special Access to renowned Glastonbury Abbey is a perk of staying at Abbey House.

This is your last chance to stay at Abbey House, a retreat house since 1931, as from 2018 residential stays will no longer be offered there. One of Britain's most ancient wells, nestling in the Vale of Avalon between the famous Glastonbury Tor and Chalice Hill. Surrounded by beautiful gardens and orchards it is a living sanctuary in which the visitor can experience the quiet healing of this sacred place. For over two thousand years this has been a place where people have gathered to drink the waters and find solace, peace and inspiration.

Regarded by many as a sacred site with its slopes that are subtly terraced, and scholars speculatation that it forms a remnant of a Neolithic labyrinth. The Celts called it Ynys Witrin, or the Isle of Glass, and believed it was a gateway to the underworld. Later legend has it that the Tor is the Island of Avalon, burial site of King Arthur. When the Super Conscious state is experienced the results can be positively life changing often with various beneficial side effects on the physical, emotional & mental energy fields.

"Transpersonal experiences generally have a profoundly transforming effect on the lives of those who experience them, both inspiring those experiencers with an understanding of great love, compassion and non-ordinary kinds of intelligence, and also making them more aware of the distorting and pathological limitations of their ordinary selves that must be worked with and transformed for full psychological and spiritual maturity." 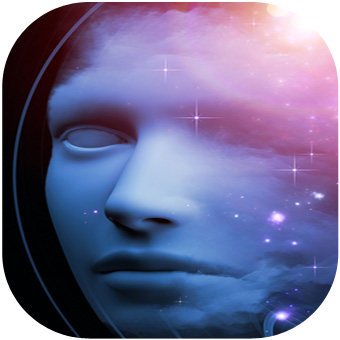 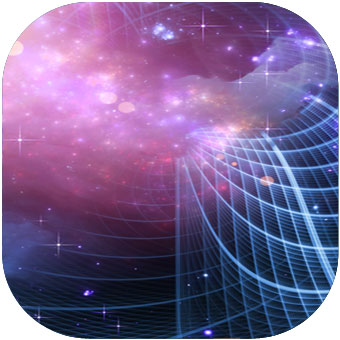 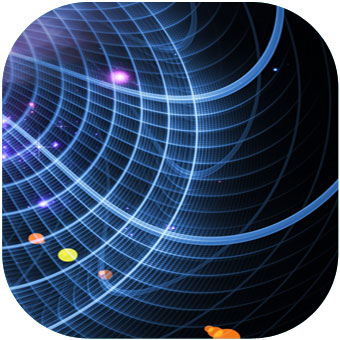 Consciousness Expansion, Spiritual Awareness, 3rd Eye Activation, Experiencing beyond Time, Space & Physical reality - all can be effortlessly accessed with the assistance of Lucia 3, in a Lucid Light Experience.

Drs Proeckl & Winkler have created Lucia 3, a kinetic light device, enabling you to effortlessly achieve transformational experiences with all the Health & Relaxation side effects .

"The Lucid Light Experience creates a sense of deep relaxation, dissipating Time & Space, allowing the viewer to experience different dimensions of the self. " 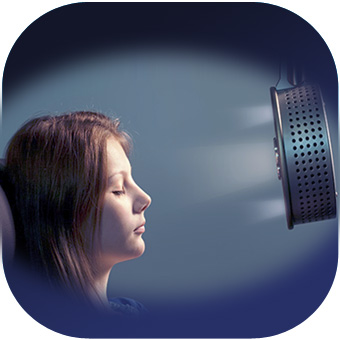 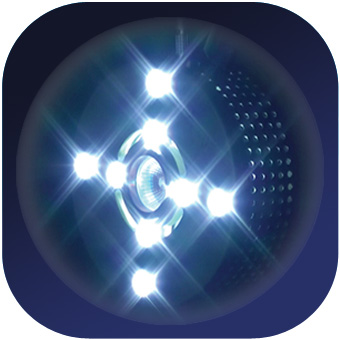 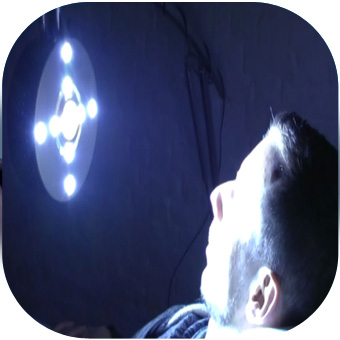 Qi Gong/Energy Skill is the ancient system of Vital Energy Cultivation developed by Chinese Qi Gong teachers over many thousands of years.
It is the fundamental aspect of Traditional Chinese Medicine which works on harmonising the Qi/Energy flow of the Organs (ZangFu) & their associated Meridians (JingLuo) through Acupuncture, Herbal Medicine, Qi Gong & TuiNa.

Combinations of meditative focus, breathing methods, movement & stillness techniques are all aspects of Qi Gong. By interacting with & manipulating the Qi within our bodies as well as interaction with the multitude of Qi fields around us, one can achieve an abundance of Qi flow resulting in relaxation, health, rejuvenation & vitality. 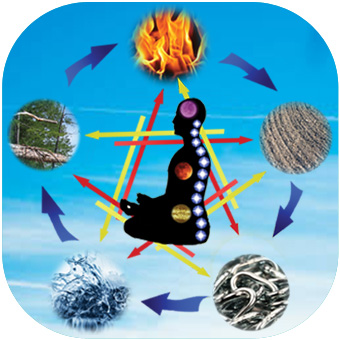 Glastonbury Abbey where the Michael & Mary Earth energy ley lines intertwine is a perfect place for this practice.

YiJinJing QiGong - Muscle Tendon Health QiGong is the legendary QiGong trained at ShaoLin Temple for over 1,500 years which,


"unifies Yi (intention) with Li (strength), consciousness (yang) with muscular force (yin). The mind is free from thoughts, has a correct and well-disposed attitude, the breathing is harmonious. Internal and external movement must be coordinated, like movement with relaxation. Externally must be fortification; inside must be purification; unifying matter and spirit."


XiShuiJing QiGong - Marrow/Brain Washing QiGong is a very internal form of Chinese energy skill working with the Qi of the Bone Marrow & the Brain. It is used for enlightenment training by Buddhist & Daoist monks and an integral part of Super Consciousness access,


"Transport (the Qi through) the marvelous meridians, get through the eight vessels, every part of the body will meet the (Qi) source. The more you refine your training, the more you will advance. (you will) enter the door to the large Dao."


The Qi Gong training will be held both indoors in the Main Chapel & the Cellar Chapel and outdoors in Abbey House Gardens and Glastonbury Abbey (weather permitting). There will also be trips to Chalice Wells (admission included) and Glastonbury Tor. 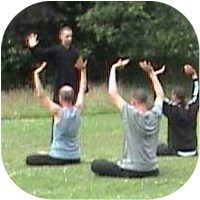 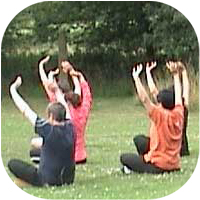 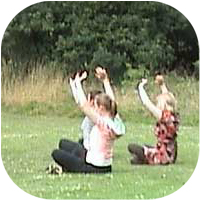 Shi XingFa began his training under ShiFu Shi DeLon PhD, 31st generation ShaoLin Layman, in 1992 and was accepted as a ShaoLin Layman in ShaoLin Temple, China in 2001 by the late venerable Abbott of ShaoLin Temple ShiGong Shi SuXie. He has taught Qi Gong and Qi Gong therapy internationally as well as for the NHS and is the resident Qi Gong therapist at The Tranquil Space. 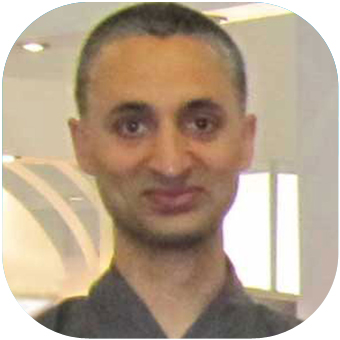 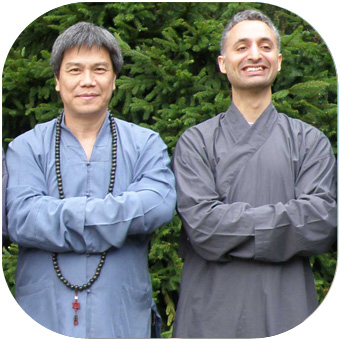 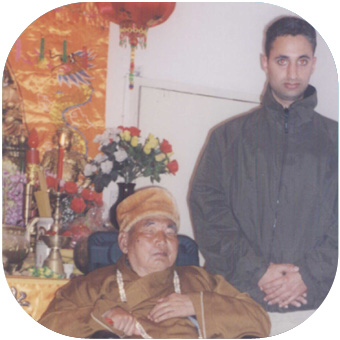